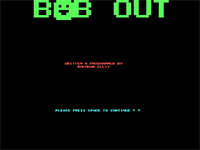 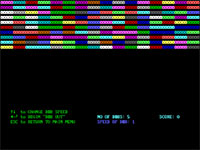 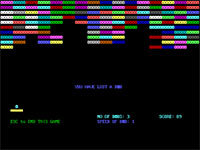 A Breakout clone. Use the arrow keys to move the paddle and destroy the wall of Bobs with a bouncing Bob.

Notes: Most of this code was taken from a book I had in college, I don't remember where though. Original credit not mine. I simply added the Bob theme and the menu system.
Some key controls in this game are case sensitive and may require CAPS LOCK on to function correctly.