My brief time using the Supreme Commander level editor produced one level which I got as far beta level. I was trying to introduce a high variation in terrain levels to get some "shooting down from the cliff" action, however the AI doesn't really know how to handle that very well. It might make for a good duel, but it was never extensivly tested with other humans. 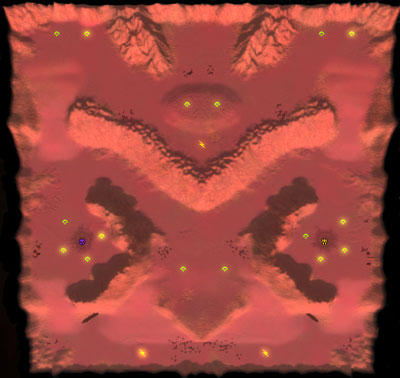 A small asteroid rich in iron, an excellent source of mass. Two factions fight for the right to mine it, can you secure it for the cause?